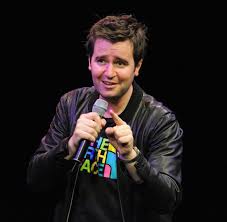 Since 2007 Jarlath has taken multiple solo shows to the Edinburgh Fringe. Between enjoying sell-out runs and earning rave reviews, it’s easy to see why he has become a darling of the festival circuit. Jarlath’s numerous international comedy festival performances include appearances at The Montreal Just for Laughs Festival, The New Zealand Comedy Festival and the Melbourne, Adelaide and Brisbane festivals as a part of the Best of The Edinburgh Fest Showcase tours.

“A subtle yet sublime helping of observational wit” The Herald