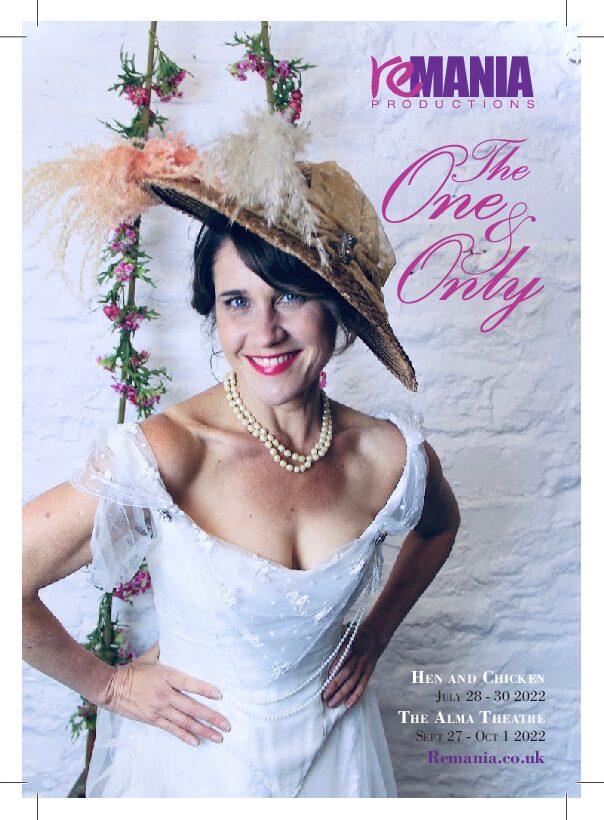 THE ONE AND ONLY written by Briony Waite

With musical accompaniment by Freya Evans

In the late 19th century, performers, mainly from the London’s East End, came together to create a unique phenomenon: Music Hall. At the height of their success, there were over 500 music halls in London alone.

Marie Lloyd started treading the boards at the age of 15, developing a singing style that embodied a mixture of arch sauciness and gutsy good humour. She became famous with songs written specially for her, such as ‘The Boy I Love is up in the Gallery’, ‘A little of what you Fancy’ and ‘My Old Man Said Follow the Van.’

Hailed as the One and Only, Queen of Music Hall and enjoying a huge popularity world-wide, Marie had an equally colourful life off stage.